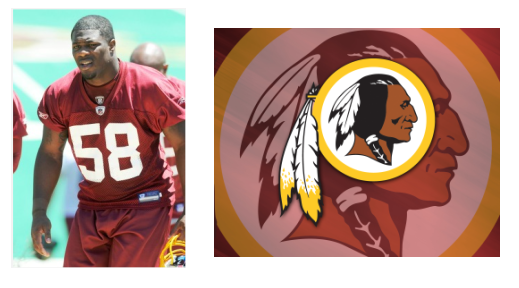 As public relations blunders and communications gaffes go, this one is a doozey — on a par with the French Queen’s infamous, “Let them eat cake.” In the interests of transparency I should mention that I am a long-time fan of the New York Giants football team, and this deals with one of their oldest rivals. This is not, however, me indulging in schadenfreude. Rather it is about the futility of attempting to control communication — especially in our digitally diverse environment.

The Washington Redskins are one of the NFL’s most venerable teams and, according to Forbes magazine, the third most valuable sports franchise in the known universe. And recently they told their fans to essentially sit down and shut up. Game attendees will no longer be allowed to display banners critical of team management, and reporters have been banned from interviewing fans in either the stadium or its surrounding parking areas.

After years of desultory on-the-field performance and management decisions that have been — putting it kindly — difficult to comprehend, the team’s most loyal fans (i.e., those still willing to pay to see the games) have begun to make their displeasure known. The team has not been particularly receptive.

Irritated by booing from the stands, one Redskins player (Robert Henson) tweeted that the fans were “dim wits”(sic) and then questioned the value of opinions voiced by those who, “work 9 to 5 at McDonalds.” A public relations nightmare, of course, but not irreparable, except that it apparently reflects attitudes embedded more deeply within the organization.

At a recent home game, Redskin supporters turned toward owner Daniel Snyder’s box and began chanting, “Sell the team.” One large banner (among many that could not be televised) said “Hey Snyder, I can’t even give ‘skins tickets away.” These are the kinds of things no team owner wants to hear or see, but instead of treating the root cause of dissention, Mr. Snyder has apparently decided to cover up the symptoms.

In the words of Rocket J. Squirrel (close associate of Bullwinkle Moose) “That trick never works.” In historical context, attempting to quell dissent by stilling its voice is the equivalent of trying to douse a fire with high-octane gasoline. As Americans we all remember the rallying cry of, “No taxation without representation.” In France, it was not decades of injustice and poverty that sparked the opening act of the French Revolution. Rather, it was the disbanding of the Estates-General by Louis XVI, aimed at stifling the third estate. This led to the Tennis Court Oath and demands for a national constitution — the first open and organized act of opposition to Louis’ authority.

No one likes to be insulted or ignored, and to think that keeping fan opinions from being reported on radio or television would neuter dissent is laughably naïve. Bloggers have already begun decrying the “Them vs. Us” divide that is growing between the team and its constituency — to the point of calling for a boycott of the organization’s sponsors. If fans were angry before the ban on banners and interviews, things can only be that much worse now. Would it be a surprise to see cell-phone coordinated “spontaneous” demonstrations at future games?

Our brave new digital world is one in which you can neither run nor hide. The only answer is to engage. Instead of trying to abort dissent, the correct responses are an effort to create dialog and a sincere attempt to build healthy new relationships. I have to assume that the Redskins organization employs public relations professionals and that they have been ignored. It seems likely that this burgeoning debacle has been created, against the advice of counsel, under the personal direction of Daniel Snyder. If so, it is a huge mistake since it introduces ego into a situation that demands nearly clinical detachment.

It is axiomatic in communications that you cannot defuse an issue by repeatedly denying or attempting to counter it — you only succeed in stoking the fire. You must either approach the situation constructively, or turn away and allow it to die on its own. The former, proactive option is preferable, of course. Attempting to fight things out in a public manner is counterproductive, and as the media become increasingly decentralized, it is potentially suicidal. Remember what happened to Marie Antoinette.

I’d be interested to hear what you think the Redskins should be doing?

Share:
← Social Media – They Made Me Do It!Communication Through Typography →