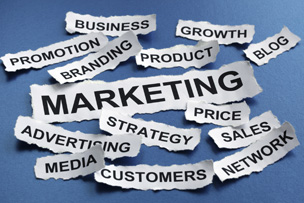 I have been in recruitment advertising for 30 years and I have never seen such a downturn in Newspaper advertising as I have in over the past 2 years. I feel the reason is what I call ‘the double whammy”.

The first of these whammies are the job websites — it’s much cheaper to post an ad on one of these popular websites than it is to put it in print. The second is the economy. This is especially true because I know that the real unemployment rate is more like 15-17%, rather than just under 10%, as the government is claiming.

When television first came into the picture in the 1930s, many people said, “throw away your radio’s,” not realizing that you can’t watch TV in a car. Of course, back then, most cars didn’t have radios yet either. Today, radio is still a great way to reach the passive consumer, and the passive job seeker, too. Evidently, we did not throw our radios away!

Once this recession… or depression… is over, (no soup lines yet, but the government is aiding the unemployed with extended benefits and bailing out the multi-billion dollar banking and automotive industries) I believe that newspaper advertising will be the perfect way to reach people who are not necessarily looking for a job. When we see something that sparks our interest, most people who care about their careers will take the time to investigate it.

Consider this: if you are spending time on career websites it is because you are contemplating looking for a new job. If you are relaxing with a newspaper on a Sunday… or riding in a train… and see a recruitment ad that interests you, it is the ad that stimulated the idea. Similar to hearing an ad on the radio or seeing one on television… it reaches the passive seeker — the happy, successful employee who is the most attractive to employers. This is why I know that newspapers, the ones that survive, will be around as a recruitment medium, for a while longer. (By the way Mr. President, where’s their bailout?)

← How Do You Design for a Client When Art is Subjective?Social Media as a Party- “Turtles, Wallflowers and Butterflies” →