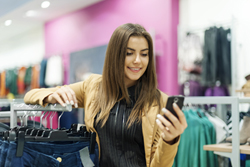 Working in the advertising and marketing field, I find it interesting to observe the ways in which many of our client companies react to the recommendation that they make social media part of their marketing or talent recruitment and management efforts. Almost universally, they acknowledge being aware of the emergence and continuing development of the better-known platforms, such as Facebook, Linkedin and Twitter, and admit to at least having interest in how they could make use of their growing popularity. Sadly, many persist in regarding a social media initiative as an option, and not the necessity that it is rapidly becoming.

Marketers and HR professionals I’ve spoken with often cite a lack of interest or a sense of urgency on the part of senior management as their reason for not putting together a social media strategy. Lack of a quantitative means of demonstrating a return on investment is sometimes mentioned. Then, of course, there is inability to control a social media presence and—in particular—the frightening prospect of negative comments concerning their company appearing as a result.

The problem here is similar to what occurred with the advent of the Internet in the 1990s. When a new medium of communication or a different application for an existing one first emerges, there is a tendency to try to force it into the box that was created for its predecessors. The Internet was markedly different from linear, one-directional communications such as print, radio or television, yet it took quite a while before businesses realized that it was a medium for speaking with an individual…not speaking at an audience. The essence of the Internet was interactivity, and control of that interaction was shared between the participants, with the website host controlling content and the visitor determining navigation.

With Web 2.0, control is completely dispersed between the participants. On the new social platforms, interactivity is carried to the level of conversation. There is no real control, shared or otherwise, beyond natural selection—those who provide the most value (i.e., interesting and relevant content) receive the greatest share of voice in return. Yes, lack of control, compounded by virtually unquantifiable ROI, is enough to run chills up the spines of most senior corporate managers and marketing executives. Unfortunately for them, the choice is not whether social media should be part of your company’s plans, but what your social media presence is going to be: turtle, wallflower, or butterfly.

Remember your first high school dance? The event itself was incidental; your presence at the dance could be crucial…whether you understood it at the time or not. If you were shy, a bit socially awkward, or just short on self-esteem, you probably didn’t go. Like a turtle, you pulled in your head and pretended that it wasn’t important. It didn’t mean, however, that your absence went unnoticed, or that you weren’t part of the conversation. You just didn’t know what was being said or how it affected your future social standing.

If, on the other hand you went to the dance but failed to mix in or venture beyond a circle of close friends—afraid to ask someone you didn’t know well to dance—you risked being written off as a wallflower.

Those, however, who risked opening themselves up to the experience and enjoyed the chance to form new relationships and learn about others took a big step toward establishing a position in the school’s social structure. We’ll call these social butterflies—in their larval stages.

Companies that choose to be turtles for fear of falling over their own feet are tacitly ceding the floor to their competition, leaving them to build new relationships and strengthen existing ones uncontested. The wallflowers, those who establish a presence in social media but fail to cultivate relationships through inattention or neglect, run the risk of creating a neutral position, at best, for their company, and perhaps a negative one. The butterflies take risks and gain rewards. They take advantage of the opportunity to build relationships with potential customers, to learn the good and bad that is being said about them and take action to improve perceptions, and to establish a “personality” for the company brand. In social media it isn’t what you say—but what you are—that matters.

Remaining on the sidelines, by the way, is a fading option. With the launch of Google Sidewiki just a few weeks ago, visitors will have the option of attaching their own comments to any web page — including yours. So the specter of negative online commentary is about to materialize whether you want to be involved or not.

I’m assuming that no one wants to be a turtle or a wallflower. Being a butterfly, however, does take commitment and requires a strategy going in. You have to accept social media platforms for what they are: social. They are venues for conversation, not soapboxes to be used for making a speech. Your approach is one of engaging your “audience” in a dialogue…and not too different from what might have helped you to succeed at that long ago high school dance. Here are some guidelines:

Will the social media replace traditional advertising and public relations? Certainly not in the foreseeable future—companies will still need to put out controlled mass messages to build their brand. Regard social media as an important adjunct that adds a dimension of personality to your organization, enhancing its credibility and adding energy to initiatives in other media. You cannot, however, afford to ignore it or neglect it. Remember, people will talk…and they probably already are.